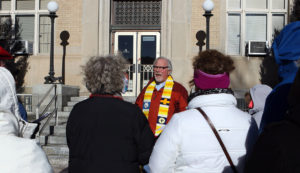 Rodger McDaniel speaks with people during a Juntos prayer vigil in front of the United States Immigration and Customs Enforcement office on Monday, Jan. 15, 2018, in Cheyenne.  (Blaine McCartney/Wyoming Tribune Eagle)

Rev. Rodger McDaniel (MDiv ’99) has noticed that “doing unto the least of these” has brought people to his church over this last year. This proud Iliff graduate puts his courageous theological imagination to work in Cheyenne, Wyoming where he pastors Highlands United Presbyterian Church. “We are a small church, averaging Sunday morning attendance of 40-50 people. That number is up about 20% over a year ago. We don’t place a lot of emphasis on formally ‘joining’ and so a number of our attendees are not official members, but they participate fully in the many missions of the church.” It’s those missions of the church that have brought more people to Rodger’s door. Care for the earth and compassion for people in the immigration system has galvanized this growing church. 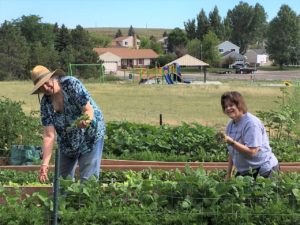 Each year Highlands gives hundreds of pounds of fresh produce from their garden to a program that teaches low-income families how to prepare nutritious meals on a budget.

What’s most motivated the congregation, though, is the commitment of the church to justice for immigrants. Rev. McDaniel recently organized a Prayer Vigil in front of the Immigration and Customs Enforcment office to oppose a planned immigrant detention prison in Wyoming. After a lengthy discernment process, Highlands voted unanimously to become a Sanctuary Support Church. Prior to the vote, Highlands invited members of the immigration community to meet with the congregation. “We wanted to put a face on what it meant to ‘do unto the least of these.’ One immigrant family has become regular attendees. We also invited law enforcement agencies to explain what they do and why they seek to deport so that the congregation understood the law and the threat.”

In partnership with the Unitarian Universalist Church in Cheyenne, Highlands serves people who are threatened with deportation. 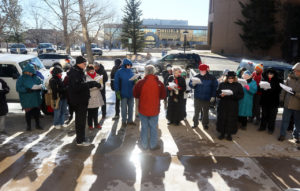 Around 50 people attended the vigil to show their opposition to an ICE detention center proposed for Evanston. (Blaine McCartney/Wyoming Tribune Eagle)

“While we take part in several community missions, providing volunteers and financial assistance for recovering addicts, the food bank, homeless shelter, a program helping low-income families become homeowners, Meals on Wheels, and others, it is Sanctuary Church that has most animated the congregation.” It’s this Matthew 25 Christianity that motivates longtime members and newcomers alike according to McDaniel.

Where are the new people coming from? Says Rodger, “The new people, with one exception, have come from the ranks of the unchurched. I write a weekly social justice column for the local newspaper and several learned about us through that column. Many of them were open about their unhappiness with the president and a desire to become involved in a spiritual context to resist.” 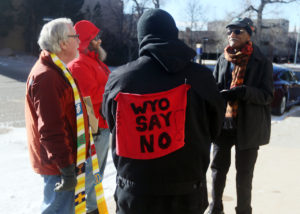 Highlands is not trying to become a mega-church; instead it’s interested in helping people who are drawn to make a genuine commitment to follow Jesus and live the Social Gospel. The Social Gospel he wants to teach is the one he learned about at Iliff, studying under faculty members like George Tinker and Vincent Harding. The Sanctuary Church in particular has a direct impact for people in need of sanctuary, but is also what McDaniel calls “a direct challenge to the Empire’s ‘deportation machine.'”

A couple of years ago, a retired Presbyterian minister came to the state to evaluate Wyoming’s Presbyterian churches in relationship to social issues. Highlands’ strategy, he said, “is to raise a progressive flag and say ‘This is who we are.’” Who they are is continuing to grow. As a result of the commitment to mission, Highlands has “experienced a 10% increase in formal members, a 20% increase in attendance, and a generous increase in giving. More than anything, we have been blessed to be a part of saving a family from being torn apart by the unjust policies of this Administration.” 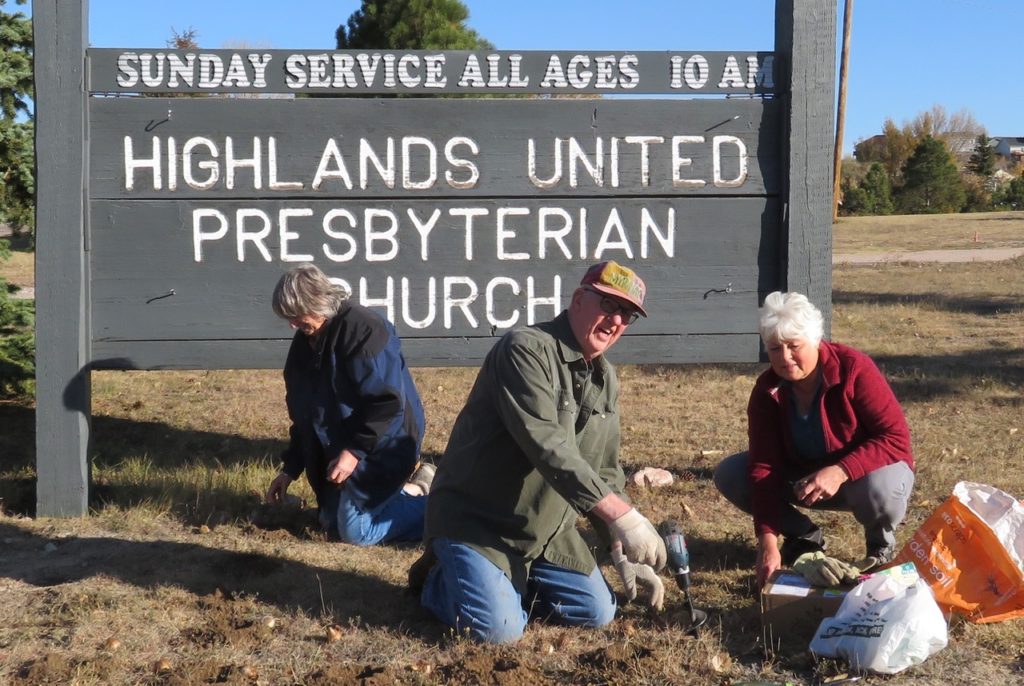