The Intersection of Water and Environmental Racism

The Center of Eco-Justice at the Iliff School of Theology is pleased to announce its inaugural conference on the Intersection of Water and Environmental Racism. Academicians, practitioners, policy makers, and other related stakeholders are invited to send original research papers, case studies, etc., on the conference theme.

The conference will provide an opportunity for critical discussions, reflective conversations, and comparative analysis of related issues on environmental racism, justice, and activism with an emphasis on exploring solutions, innovative practices, and impactful policies. 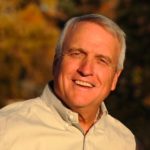 Bill Ritter, Jr. is the founder and director of the Center for the New Energy Economy (CNEE) at Colorado State University which launched on February 1, 2011. The Center employs an assistant director, four senior policy advisors and analysts, a research manager, a research associate, and a team of student researchers. The Center works directly with governors, legislators, regulators, planners, policymakers, and other decision makers. It provides technical assistance to help officials create the policies and practices that will facilitate America’s transition to a clean-energy economy. Ritter authored a book that was published in 2016 entitled, Powering Forward – What Everyone Should Know About America’s Energy Revolution.

Ritter was elected as Colorado’s 41st governor in 2006, and built consensus to tackle some of the state’s biggest challenges. During his four-year term, Ritter established Colorado as a national and international leader in clean energy, by building a new energy economy. He signed 57 new energy bills into law, including a 30% Renewable Portfolio Standard and a Clean Air Clean Jobs Act that replaced nearly a gigawatt of coal-fired generation with natural gas. In total, the Colorado new energy economy created thousands of new jobs.

Ritter is the chair of the Board of Directors of the Energy Foundation and a senior fellow and member of the board of directors of the Advanced Energy Economy Institute. Ritter earned his bachelor’s degree in political science from Colorado State University (1978) and his law degree from the University of Colorado (1981). With his wife Jeannie, he operated a food distribution and nutrition center in Zambia. He then served as Denver&#39;s district attorney from 1993 to January 2005. The Ritters have four children: August, Abe, Sam, and Tally. 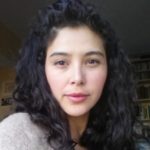 Confidently leans towards environmental health change from the impacts of toxic policies and practices by asking empowered neighbors, organizers, and politicians “What’s next?” Michelle Martinez is a Latinx-Mestiza environmental justice activist, writer, and mother born in, living and working in SW Detroit. Since 2006, she has worked in local communities of color to build power to halt climate change, and the detrimental effects of pollution in post-industrial Detroit. Working across issues of race, gender, and nationality, she has built and led coalitions using art / media, land-based programming, popular education, voter engagement, and corporate accountability tactics to shape policy solutions against environmental racism. 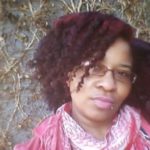 Nayyirah Shariff is a grassroots organizer based in Flint, Michigan. She has nearly ten years experience organizing for local, state, and national electoral and issue campaigns. She has previously worked in the engineering, higher education, social justice, and youth development sectors.” She has appeared in the 2016 documentary The Poisoned City about the Flint water crisis and on Democracy Now. She currently serves as the Director of Flint Rising, a coalition of Flint residents and community groups, labor, and progressive allies that formed in response to Flint’s emergency declaration. 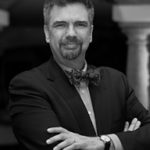 As the Professor of Social Ethics and Latinx Studies at the and Director of the Center for Ecological Justice at Iliff School of Theology his academic pursuit is social ethics within contemporary U.S. thought, specifically how religion affects race, class, and gender oppression. Dr. De La Torre’s civic engagement is evident by his prolific authorship including Embracing Hopelessness (2017), The Immigration Crisis: Toward an Ethics of Place (2016) and the screenplay for the documentary Trails of Hope and Terror (2017). He has authored over a hundred articles and published thirty-three books, five of which won national awards. 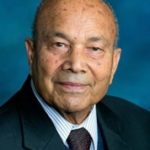 A leader in the global international law community and founder of the DU International Legal Studies Program in 1972. Professor Nanda has taught at DU since 1965 and currently directs the Ved Nanda Center for International and Comparative Law. He has authored or co-authored 24 books and over 225 chapters and law review articles in international and comparative law, writes a column for the Denver Post, and is a regular commentator in both the electronic and print media. 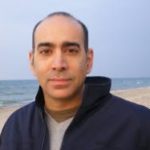 A journalist and co-founder of the widely acclaimed, independent online nonprofit The Electronic Intifada, Abunimah graduated from Princeton and University of Chicago and is a Palestinian-American activist and analyst and advocate of a one state solution in the Middle East. Abunimah authored The Battle for Justice in Palestine (2014) and One Country: A Bold Proposal to End the Israeli-Palestinian Impasse (2007). Alongside his public commentaries on CNN, The Real News Network, and Democracy Now, he has also contributed to The Chicago Tribune, The Los Angeles Times, Al jazeera, and The Guardian.

Abstract of up to 300 words, double spaced, and please include your name, email address, and institutional affiliation.

Presenters are also required to accompany the abstracts with a brief curriculum vitae. At the conference, each speaker will have 20 minutes to present their papers.

The deadline for submitting the abstract is March 15, 2019.

Please email your abstract, curriculum vitae and questions to: .

Iliff School of Theology has secured hotel rooms at a discounted rate for conference attendees. The deadline to reserve a room at the discounted rate is Thursday, October 3, 2019.

A hotel van has been arranged to shuttle attendees to the conference venue at the Iliff School of Theology, 2323 E Iliff Ave, Denver, CO 80215.