This first week of the term we will begin a new thing: a hybrid community event that involves people on campus and people off campus in real time engaging together. We will start with a livestream and move to working together to conversationally annotate an historic Iliff document using http://www.hypothes.is simultaneously. We’ll be thinking together about what is usable in the legacy that is left for us in a text by Old Testament professor Lindsay Longacre (on faculty 1910-1942).

Off-campus: Click here to join the Zoom video conference call.
On-campus: Bring your bring your phone, tablet or laptop to the library

Questions? check with  about hypothes.is or with Cathie Kelsey about the hybrid event .

What: New-fangled Hybrid Community Event – Transforming a Legacy @ 125
When: Wednesday, September 13th, 11:00 am – Noon Mountain Time.
Where: Through a Zoom video conference and/or Iliff’s Ira J. Taylor Library (bring your phone, tablet or laptop to the library)
Who: All Iliffians, wherever you are in the world!

Visit our 125th Anniversary website here. It’s not required, but you can let us know you’re coming with an RSVP here.

[Note: Iliff’s historic Opening Convocation has moved to Gathering Days: October 11, 2017 at NOON. It will be an academic ritual meal with academic procession, etc.? We are transforming our residential legacy into our hybrid era, so that everyone can participate when they are in Denver.] 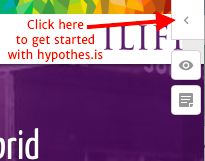 Hypothes.is: about the tool we’ll be using to annotate together

You can wait to sign up for hypothes.is until the event, or you can do it in advance. To start working with the text below, click the arrow at the top right side of this page. Click “Sign up” the first time. If this is not you first time using hypothes.is you’ll need to click “Log in” to start highlighting or annotating. Be sure you post as “Public” so that we can all see what you have to offer.

Lindsay B. Longacre was Professor of Old Testament Literature and Religion in the Iliff School of Theology from 1910 to 1942. Those 32 years are still among the longest tenures for a faculty member at Iliff. He was hired when founders Bishop Henry White Warren and Elizabeth Iliff Warren still closely guided the school. He served under six presidents.

More importantly, Longacre was widely influential on the Methodist Episcopal Church and Protestants generally through his writing for adult curriculum, such as the work from which the following quote was taken. He was a target for discontented fundamentalists in Denver and beyond because he understood the Hebrew Bible and the New Testament to be records of the faith of early believers rather than the dictated or inspired direct revelation of God.

What kind of worship did the God of Amos desire? That is the question whose answer, as given by Amos himself, has placed Amos in the front rank of the religious teachers of the world, has revolutionized our ideas of religion, and has helped to establish the unique place held by the Hebrew people as the bearers of a divine revelation.

Amos’ answer was twofold. In the first place, he said, Jehovah did not desire the kind of worship Bethel stood for. But he did not say it as mildly as that ; he said it fiercely and in bitter scorn. Could sarcasm be more biting that “Come to Beth-el, and transgress ; for this is the sort of thing you like”? The words in 4.4, 5 are all in this strain, and their harshness should not be overlooked. Amos did not mince matters, did not compromise in the slightest degree, made no allowance for possible exceptions, but struck out from the shoulder to smite the sin he saw.

When we read such hard words, our first thought is that there must have been something so desperately wicked about the popular worship that the people ought to have known better and ought to have acted differently. When, however, we notice the practices which Amos condemned, we cannot but be amazed at the idea of finding in just these things any ground for such rebukes. Notice what he specifies : sacrifice, tithes, thanksgivings, free-will offerings (4.4,5) ; feast days, solemn assemblies, music, both vocal and instrumental (5. 21-27). These constitute the very stuff of which most religion (even yet) is made; and will Amos, with one daring gesture, sweep them all away as not only useless but wicked?

The ceremonies and ritual that Amos saw at Bethel—that is, these observances he rebuked—are generally regarded as having come down from very ancient times, sanctioned by Moses himself; and there can be no doubt that the people at large obeyed them in good faith and in good conscience. Yet Amos goes so far as to say that in the early days, when the Hebrew were in the wilderness under the guidance of Moses, they did not bring sacrifices and offerings to Jehovah.

If Amos was right about this, we shall have to revise some of our ideas of what actually occurred during those years in the wilderness—a subject that would carry us far beyond the proper limits of the lesson before us. It may be said in passing, however, that this word in Amos tends to confirm the view of recent scholars that much of the elaborate system of worship observed later among the Hebrews grew up during the centuries following Moses. However that may be, it is clear that Amos had no regard for them, and that there was nothing in their past history, as there was nothing in their current practice, to prevent him from denouncing them in the name of the Lord.

Perhaps the radical character of Amos’ position will stand out more clearly if it is recognized that he includes in his list acts that are urged upon us to-day as necessary parts of our own religion. Consider the whole matter of tithing and of free-will offerings, which Amos mentions specifically in 4. 4, 5. Consider the whole matter of church attendance, special days, and special music, which he speaks of in 5. 21-27. Are these not exactly the things that make up a large part of our own church life? We know they are. They are no different, either in spirit or in fact, from the acts upon which Amos pours out his scorn.

This view of religion comes with something of a shock to one who does not realize what radicals the prophets were. He begins to feel as those first hearers of Amos felt when it seemed to them that Amos was pulling down about their ears the whole splendid structure of religious life and practice, which at the first had been ordained by God himself and had been confirmed by generations of reverent and obedient observance.

Yet it is also clear that if Amos had simply approved and encouraged the type of religion he saw about him at Bethel, we should no never have heard of him. The men who do no more than indorse the well-established institutions of their time are not the ones who make history, whether they act in the field of politics, art, science, or religion. Progress always springs from protest. Advance means change. No customs are sacred simply because they are ancient. The test of all life (including the religious life) is its ability to survive the upheavals caused by new visions of truth. It is only by means of such a process that the indestructible elements can be revealed. The “yet once more” (Heb. 12.27) has perennial applications ; and repeatedly, in succeeding ages, it “signifieth the removing of those things that are shaken, … that those things which cannot be shaken may remain.” [ellipsis in original]

Amos, however, had no satisfaction in destruction for its own sake. He wished to pull down only that he might build up. And the second part of his answer is positive and constructive. He said, in effect: “There is a kind of worship that Jehovah really desires. He really desires that men should ‘seek him’—not his temple but himself— ; and there are plain, straightforward acts of worship which will be abundantly acceptable to him.” But how different these acts are from those heretofore regarded as worshipful! This new worship that Amos proclaims finds its expression in hating evil and loving good, in seeing not only that justice is administered in the place of justice (“the gate”), but that it overflows the land like a flood (5. 14, 15, 24).

There had come into the heart of Amos a revelation of that tremendous principle that a city’s religion is not to be measured by its churches and cathedrals, its churchly ceremonies, offerings, and solemn assemblies (and how solemn they are!), but by its treatment of the “righteous,” the “just,” and the “poor” in their citizen life (2. 6, 7; 5. 12; 8. 4-6). He does not ask for mercy nor for charity, but for justice. In our separation of church and state we have assigned worship to the church and justice to the state. The position of Amos is that the exercise of justice is the kind of worship that God desires.

What Amos means is just this: Acceptable worship must be what God likes (compare “this is what you like to do,” 4.5), and God likes justice between man and man ; especially does he like the poor and the weak to receive justice at the hands of the rich and the strong. And that means, stated even more generally, that Amos finds the religious center of gravity in man’s behavior to his fellow men. He probably would say that man’s attitude toward man is his attitude toward God. The attitude toward man is not a by-product, a side issue, and accessory, of one’s attitude toward God; it is that attitude. The field of true worship, as Amos presents it, is thus entirely shifted from ceremony to service, from ritual to righteousness, from the mysterious to the matter-of- fact, from the priestly to the practical.

There is no denying the fact that if Amos was right, it was necessary to make a wholesale revision of the religious ideas of his day; and in so far as those ideas are current in our own day, the same wholesale revision is necessary if we are to accept Amos’ point of view. He held that the essential field of religion, of true worship, was not in a church building, but in the place of daily business, not in the celebration of special days, but in the humanizing of “week” days, no the church use of money, but the commercial use of money, not in private advantage but in public justice.

It has long been the custom among us to regard business, week-days, commerce, and the courts as secular instead of sacred. This is where Amos completely shifts the emphasis. These are sacred. In them men are to worship. The acts and days and places that custom has so long called sacred Amos will have nothing to do with; but in the common life, day by day an man to man, he demands, with an insistence that the centuries cannot silence, that men shall exercise the basic principles of humanity and justice as the pure expression of the worship God desires. To seek these is to seek God. To know these as the foundations of all righteous living is to know God as he is. Until we are ready to address ourselves to a thoroughgoing application of this rule of Amos in our church and community life, it will be idle to discuss the possibility of applying the Golden Rule. The rule of Amos precedes the rule of Christ.

We end our annotation project of this text at this point.
Add your blessing this New-Fangled Hybrid Community Event by annotating here.