Stir the Mud Up from the

Bottom of the Pond

“In the 32 years that I taught at Iliff, I have found Iliff students to be extraordinarily bright, extraordinarily hard-working… very, very open, interested in being challenged, having their thinking challenged, thinking the world through in different ways, because my job was always to stir the mud up from the bottom of the pond, so that students could sort out the world in a different way. That can be pretty thrilling to some students!” – Tink Tinker

Dr. Tink Tinker has been teaching at Iliff for 32 years. He will be retiring this November, so we thought it was an excellent time to talk with him about his tenure at Iliff from the beginning. We asked him to reflect on changes to Iliff and himself with us in a video interview. Here’s a brief excerpt:

“When I first came to Iliff, I was interested in finding creative ways to hold Indian culture in tension with the gospel of Jesus Christ, trying to find a middle way to be both Christian and Indian. Iliff gave me the running room to actually explore that and to discover that it was a dead end. I couldn’t do it and be honest to the Indian self, so I became more and more deeply involved in Indian traditional thinking, Indian traditional culture, traditional spirituality, trying to probe what that’s about having grown up in a mixed family where my father was Indian, my mother was not. I didn’t quite have all the tools, culturally, to explore that as a young man. So it was only after the PhD—through doing the PhD really—that after the PhD, I was able to successfully explore my own Indianness.

I was able to go back to the reservation to begin talking to elders and to make it a part of my research project as a faculty person at Iliff School of Theology. Iliff even found resources to enable me to go back to the reservation for periods of time. My second year at Iliff, I had a quarter’s leave that I spent at a reservation full time, living with one of the teaching elders at that reservation. As a result, I began to deal more and more intentionally with this thing we call colonialism. Colonialism was always there, but it was kind of in the background back in the early part of my intellectual development. Only when I began to get serious about looking at what’s going on in traditional culture today was I forced to deal with colonialism as a front-burner issue. That’s what made it harder and harder to hold on to this christian and Indian at the same time. Colonialism has been a very wicked force in the last 500 years. And for better or for worse, it has deeply—to use a theological, postmodern term—“imbricated” with christianity. The two are inter-meshed with one another; they are part of the same fabric with one another. So, as I wrestled with colonialism, anti-colonialism, my thinking changed radically, my theology changed radically.

Iliff certainly changed as I changed…” 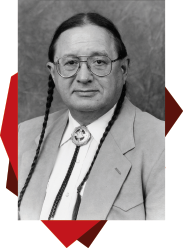 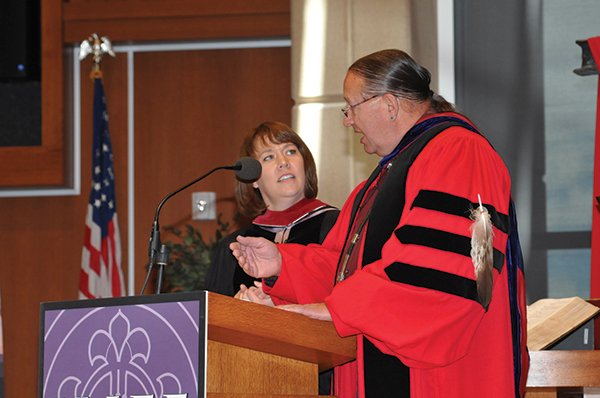 As we begin to bid farewell to  Dr. Tinker, we have been happy to welcome Rev. Dr. Jennifer Leath, Rev. Dr. Michelle Watkins, and Dr. Rubén Arjona to our core faculty!