Eunjoo Mary Kim Preaches and Teaches in Our Changing World

When it came to my attention that Dr. Eunjoo Mary Kim had a new book coming out called Christian Preaching and Worship in Multicultural Contexts (Pueblo Books, 2017), I wanted to talk to her about how the ideas she presents there relate to her teaching at Iliff. It turned out that all of her books have an intimate relationship with her teaching and the now nearly twenty-year arc of her career at Iliff. It was also a delight to find that she’ll be preaching an important sermon this month.

Dr. Kim told me that she is the first Asian person she knows of that earned a PhD in Homiletics. Homiletics, the study and science of preaching, was simply assumed knowledge in her Korean educational context. Defending the need to study this area— even to her graduate advisor in Korea!— has given her plenty of practice talking through why her field is important. Her roots have been a starting place for many of her creative ideas about preaching and teaching.

Her first book Preaching the Presence of God: A Homiletic from an Asian American Perspective (Judson, 1999) was the first big project she worked on after completing her dissertation. While writing her dissertation at Princeton, she started to consider that the rhetoric she had learned was all from a Western perspective. She found that once her PhD was finished, she still had some energy to research Asian religions and communication styles using the Firestone University Library. She buried herself in the library and was fascinated to find a different style of communications across Asian cultures. She was fascinated to find there was not a history of public speaking. Instead, she consistently found a more personal method of communication. She began to examine how these rhetorics could be effective in her first book. 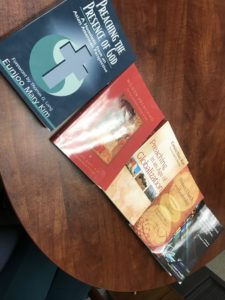 Her ideas also continued to develop in relationship to her teaching. This coming Spring will mark her 19th teaching anniversary at Iliff; this makes Dr. Kim our second-longest serving faculty member by our calculations. When she joined the faculty, her teaching inspired more writing. Iliff gave her an opportunity to teach a “Preaching from the Woman’s Perspective” class. While preparing for the course, she noticed that although there were many histories of preaching available, they were almost all from a male perspective with only occasional acknowledgement of women’s roles in ministry. As Dr. Kim says, “The history of preaching has been researched and published, but these histories are usually written by male scholars writing about Peter, Paul, Augustine, Anselm, Luther, Calvin, Schleiermacher, Barth. It’s true that in many traditions women weren’t allowed to preach, but there are many who have, following the spirit.” She decided to write Women Preaching (2009) to fill this need and take ideas back to the classroom.

Her writing also follows her hopes for students and preachers. For instance, she says, “Contexts within the church change, but pastors can be insensitive to these changes.” She noticed in her own Presbyterian Church (PC-USA) congregation that while the church began to welcome new members from new racial and ethnic backgrounds over time, the worship stayed frustratingly the same. Preaching and worship can reflect new contexts if pastors have the right tools. To that effort, Dr. Kim wrote her latest book Christian Preaching and Worship in Multicultural Contexts to have new models and language. Rather than the old melting pot idea where ideas tend to merge into something unrecognizable, she advocates for a mosaic or kaleidoscope model that allows for diverse language and ideas to interact. As she says, “Engagement is more important than forcing ideas.”

This quarter she used her new book as textbook in her “Worship in Multicultural Contexts” course, and students found it effective. She helps them understand preaching in cultural contexts by using different religious texts in a practical theological approach. She wants students to remain aware of their context as they go out to preach.

Practicing what she preaches to her students, Dr. Kim keeps context in mind when she preaches. For our recent call to faculty for Resources for Times of Crisis Around Structural Injustice, she offered a Reflective Reading from Isaiah 40. She explains that she crafted it as the first part of the sermon she will deliver at the 2017 Academy of Homiletics Conference on December 9, 2017 in Dallas. When she first saw the text from the Lectionary, she was unsure how the triumphant tone of Mark 1’s proclamation of Jesus and Isaiah 40 could speak to the current moment. The recent tragic events in Charlottesville had just happened when she began considering it. As she instructs her students, she began first to reflect on what was going on in her own context: “I thought, ‘I cannot preach this text!’ But, it kept nudging me. The future is coming into our present— God is coming INTO here, even if we can’t see it. This could be a source for us to anticipate something new. The text gives me a new direction. Mark gives the answer to Isaiah’s question in John the Baptist. They overlap, but texts need to be used.” Because the texts are in dialogue, she thought a dialogue was the best form for the sermon. Her preaching partner will be her friend and former Iliff colleague, Dr. Richard Ward. After their dialogue, she anticipates preaching on how we try to pretend that we aren’t living in the wilderness even when we are.

All our best to Dr. Kim and Dr. Ward as they present to this important conference! 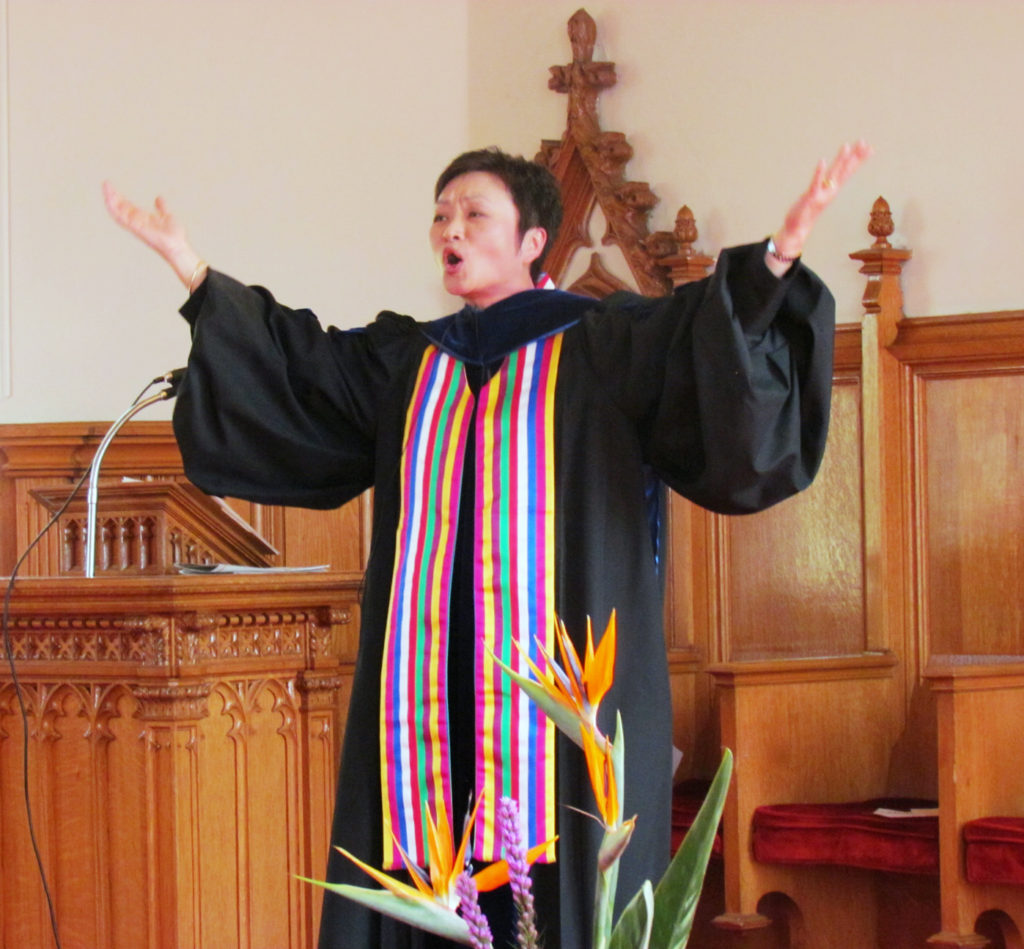