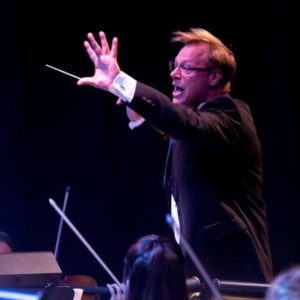 Craig has conducted symphonies since he was 15. This was Christmas 2017 at the St Petersburg Opera Company’s Seasonal Sparkle Concert.

When JOURNEY MDiv student Craig Cranston comes to Iliff for Gathering Days in Denver from St. Petersburg, Florida, it’s like coming home. “There’s a spirit here; It feels like home.” When he’s back in Florida, there are two jobs that rely on him— as a the COO of a law firm and the CEO of a business consulting firm— and a love of music that occupies him, too. But his community is here at Iliff with his cohort. It’s an intense week: “After having robust, intense intellectual conversation across a broad range of ideas, I go home braindead and I LOVE IT!” 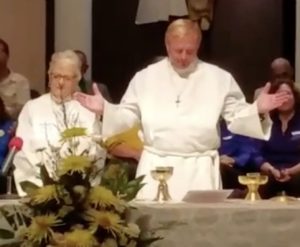 He felt a call to ministry early in his life; for his church then, the fact that Craig is gay was seen as a barrier to his service. When his church made him feel that “we are not worthy so much as to gather the crumbs under the table,” he stepped away to a business career. Success there didn’t dull his desire to go back and find this part of himself. After feeling the presence of God in his Metropolitan Community Church a few years ago, he began to look again. At King of Peace MCC, he found people who wanted to hug everyone! He kept going back, because, as he says, “I could be me in that space.” The community opened up the centrality of the command to love one another. They allowed him to grow at his pace, “I don’t have to believe and we can still be in communion.”

Two years later, he’s started his JOURNEY program at Iliff. He knew that this was the place for him right away. First, the JOURNEY program itself allows Craig to keep his roots in Florida while doing a full seminary program. Second, he found the program to be “rigorously scholastic with a focus on the intentional.” In early required courses, like Identity, Power, and Difference, he’s already seeing the central values of justice, inclusion, and awareness of systematic oppression at work. Third, and key, for Craig was the people: staff, professors, and his fellow students are all an important part of what makes Iliff home. 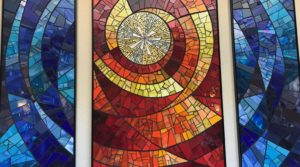 Admissions Director Rev. Vince Tango “was just so welcoming into his space!” The retreat that Vince leads every Fall created what Craig calls a “common spiritual experience outside of denominations.” It’s part of what Craig sees as his own call toward leading spiritual workshop and retreats: “I think God gave me the capacity to impact and change lives in a positive way is through workshops.” Vince’s retreat pushed him spiritually, particularly the experience of walking the labyrinth. And that’s also where he really started getting to know his cohort.

Dean of the Chapel Rev. Dr. Cathie Kelsey was another important person who shaped Craig’s experience: “She embodies this unique homeostasis between articulate scholar and an emphatic person.” When he interviewed her for a class, he found her so easy to connect with on a profound level.

Dr. Micah Saxton “brings this real friendliness to an advanced scholarship.” He’s got dry sense of humor that from the introduction put Craig at his ease. “You know it’s going to be hard! You’ll have hard work to do, but everyone is willing to hep you through that.” He mentioned the Writing Lab as an important asset, too. “There’s a vast support system here,” Craig says, “You are not left to your own devices.” 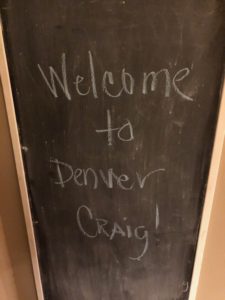 Craig’s sister welcomes him to town with a sign at home.

“The experience is ineffable! My family has to be a witness, not a participant.” It’s great visiting his twin sister when he comes to Denver; she’s been a steadfast witness and help. He’s also building new relationships in his cohort. “We’re on the same journey.” Even though everyone is very different, Craig has found more family relationships here. “That’s part of what makes Iliff special. It’s a sort of inculcation to everyone’s ideology. I’m invited to understand perspectives outside of my own. It does not matter if we align, what I know is that we share a level of mutual love and respect.”