Prayers in the Park: Alum Lauren Grenz Served with Internship 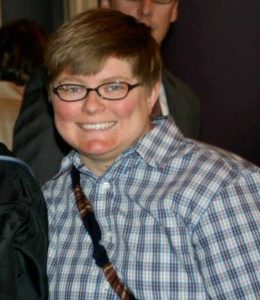 “At first, it was a little overwhelming,” she said. “There’s usually more than 100 people line and about five volunteers.”

In addition to organizational and administrative responsibilities, handing out meals was one of her duties as an intern with After Hours Denver, a faith and action community that “serves the poor and spiritually independent of metro Denver.”

Over time, her apprehension faded and she made connections. She came to know many of the people she served by name and looked forward to the interactions at the park. AfterHours volunteers serve lunches every day, adding up to more than 700 meals each week.

“It’s heartwarming to be able to help people directly,” Grenz said. “Seeing their faces and hearing their names and being able to give communion to them was one of the most beautiful things about my time doing service in the park.”

As part of her Master of Divinity Program at the Iliff School of Theology, Grenz took a chance and reached out to Iliff alum Rev. Jerry Herships (MDiv 2007), founder of AfterHours, for an internship opportunity. She had recently heard of the program, and found that it aligned with her beliefs.

“When Lauren approached me for an internship, I was all for it,” Herships said. “Lauren and I couldn’t be more different, though – she’s much more of an introvert and I’m much more of an extrovert. We do both have the same understanding in the ways to follow Christ; we have frustrations with traditional church models. We gather in the community and help those less fortunate; we hear concerns and share what we have.”

Described as untraditional, Herships explained that AfterHours often meets in bars or restaurants and hosts discussions on faith and theology. It is here that sandwiches are prepared for the following day’s lunch in the park. AfterHours welcomes people from all backgrounds, including millionaires, families, convicts and the differently abled. Herships emphasized that when they say all are welcome, they mean it.

“We have an interesting amalgam of people,” he said. “We have folks from the GLBTQ community, as well as addicts. There are a lot of people at AfterHours that, for one reason or another, have felt slighted by traditional church. Part of our slogan is ‘love more, laugh more, judge less,’ and people really hook on to the judge less piece.”

Searching for something different, Grenz came to Iliff for a career change. A master’s in civil engineering, she worked in the field until the economic downturn resulted in job loss. She said she had always been involved in church and seriously started contemplating a career in ministry. On a whim, she registered for Iliff’s MDiv Program, unsure of where it would take her or what she wanted to do with it. Throughout her time at Iliff, Grenz struggled to find her voice as a leader. Through the internship class, and her internship itself, she was able to not only rein in her perceptions, but also develop her identity.

“I always felt like I had somewhere to talk about the difficulties of trying to find my role as a leader,” she added. “The discussions helped me understand what ministry looked like outside of a church; I didn’t have a lot of experience with an alternative community. Iliff helped me find my voice.”

Herships, also an Iliff alum, dialed in on the feeling of uncertainty and said that both Iliff and AfterHours foster environments that welcome the outsider.

“We’ve all felt like the ‘other,’ like someone on the margins that the world doesn’t understand,” he said. “Dealing with those injustices are really a cornerstone of Iliff in a lot of different ways; it’s the idea of caring for the outcast and discovering what social justice looks like on the ground. AfterHours takes those concepts and puts them into practice. It creates a compassion that is really hard to pass along to people until they see it for themselves.”

Grenz graduated from Iliff in 2014 and is still trying to determine the road she wants to follow with her MDiv degree. She still participates in social service activities, and even got her parents involved in the lunch distribution. She encourages current students to select internships and opportunities that they wouldn’t normally consider.

“Try and find an internship that’s not exactly like every other church you’ve been a part of beforehand,” she said. “It helps you look at ministry in a new way.”

Ministry, she found, can be practiced in a park by handing out lunches to those in need and carrying on conversations with people from all walks of life.

“I saw good days and bad days,” she said. “I got to learn their faces and know their names. You see that they’re just regular people. I feel good about helping them, but also about treating people with dignity.” 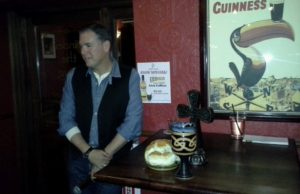 Herships welcomes interns in the future, explaining that it can be very challenging, but very rewarding.

“We’re in favor of critical thinkers, those who are able to ask the hard questions, and Iliff does a good job of that” he said. “Not everybody will be a right fit for this internship. I can guarantee, though, that no matter what problems you have, if you spend an hour in the park you will take your problems home in a thimble. At the same time, you’ll hear more laughter in an hour than you’ll probably hear in a week.”