Save the Date for Renewal 2018

Read about last year’s conference in our Year-in-Review. 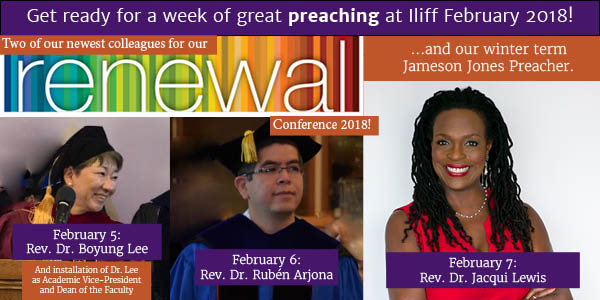 Read about our colleagues on their faculty pages here: Rubén Arjona and Boyung Lee. 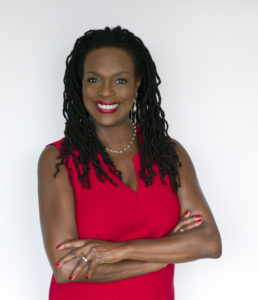 When she was eight years old, Jacqui Lewis hid under her bed as bullets flew in her Chicago neighborhood following the assassination of The Rev. Dr. Martin Luther King, Jr. In that moment, she felt called to work for racial equality in the United States.

It has been said that her 1,000-member congregation, Middle Collegiate Church in New York City, has diversity that looks like the subway, but its legendary love feels like home. Jews, Buddhists, atheists, and Christians pack its sanctuary to standing-room-only capacity. Millennials and boomers, trans and gay, singles and families all call Middle their own. Middle Church is celebrated in Robert P. Jones’ book, The End of White Christian America, as an example of what revolutionary love can do to combat racism and xenophobia.

Ordained in the Presbyterian Church (USA), Dr. Lewis is the first African American and first woman to serve as senior minister in the Collegiate Church, which was founded in New York City in 1628. She hosted “Just Faith,” an on-demand television program on MSNBC.com and is a frequent media commentator. In 2016, Dr. Lewis completed the six-city Together Tour with best-selling author Glennon Doyle Melton, Seane Corn, Valarie Kaur, Jennifer Randolph, and special guest Alicia Keys. Her books include The Power of Stories: A Guide for Leaders in Multi-racial, Multi-cultural Congregations, The Pentecost Paradigm: Ten Strategies for Multiracial Churches (April 2018) and the children’s book, You Are So Wonderful! She is currently at work on a book about a path to revolutionary love.