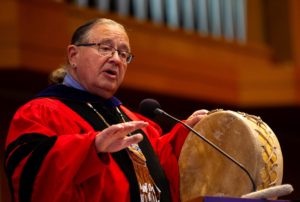 The Tink Tinker Program Endowment Fund was launched following the celebration of the career of Dr. Tink Tinker (wazhazhe, Osage Nation) on April 12, 2018.

Warmth and laughter filled the packed Shattuck Hall as Dr. Tinker recalled some memorable moments in his 32-year-old career at Iliff.

A beautiful Morningstar quilt was also presented in Dr. Tinker’s honor to symbolize a new day with the launch of the Tinker Program Endowment.

[Watch the video recording of the celebration here.]

You can show your continued support for the Tinker Program Endowment by clicking here. 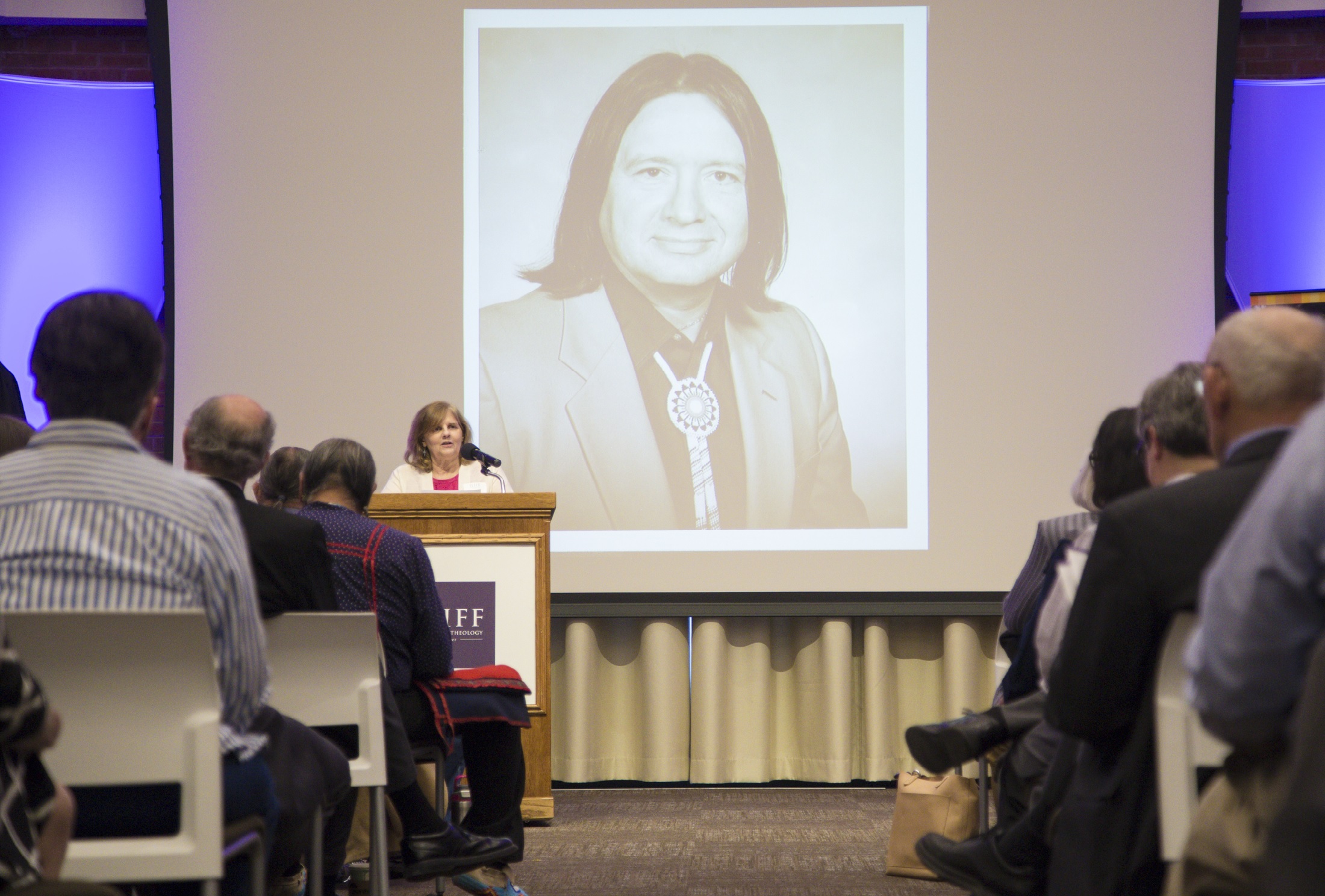 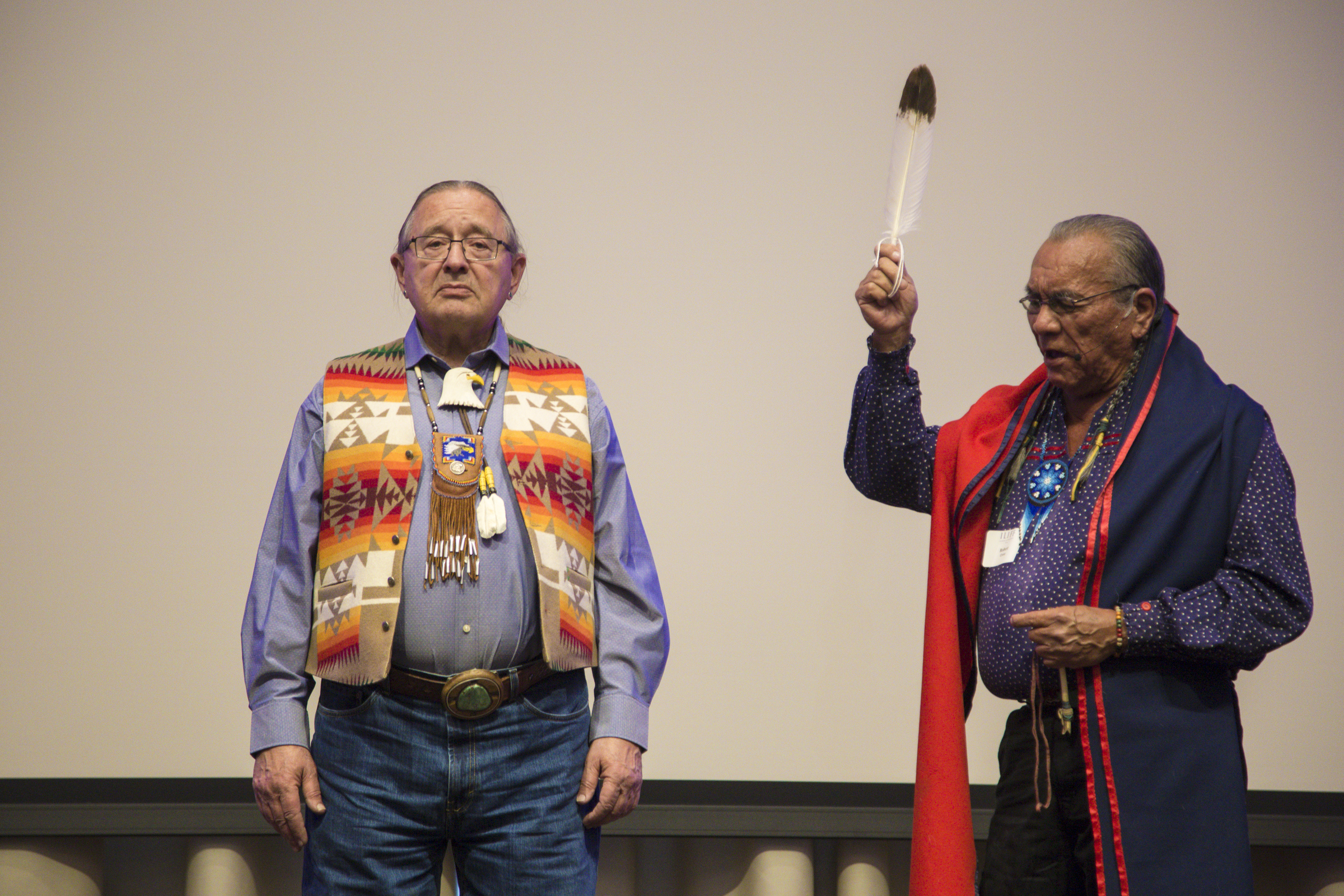 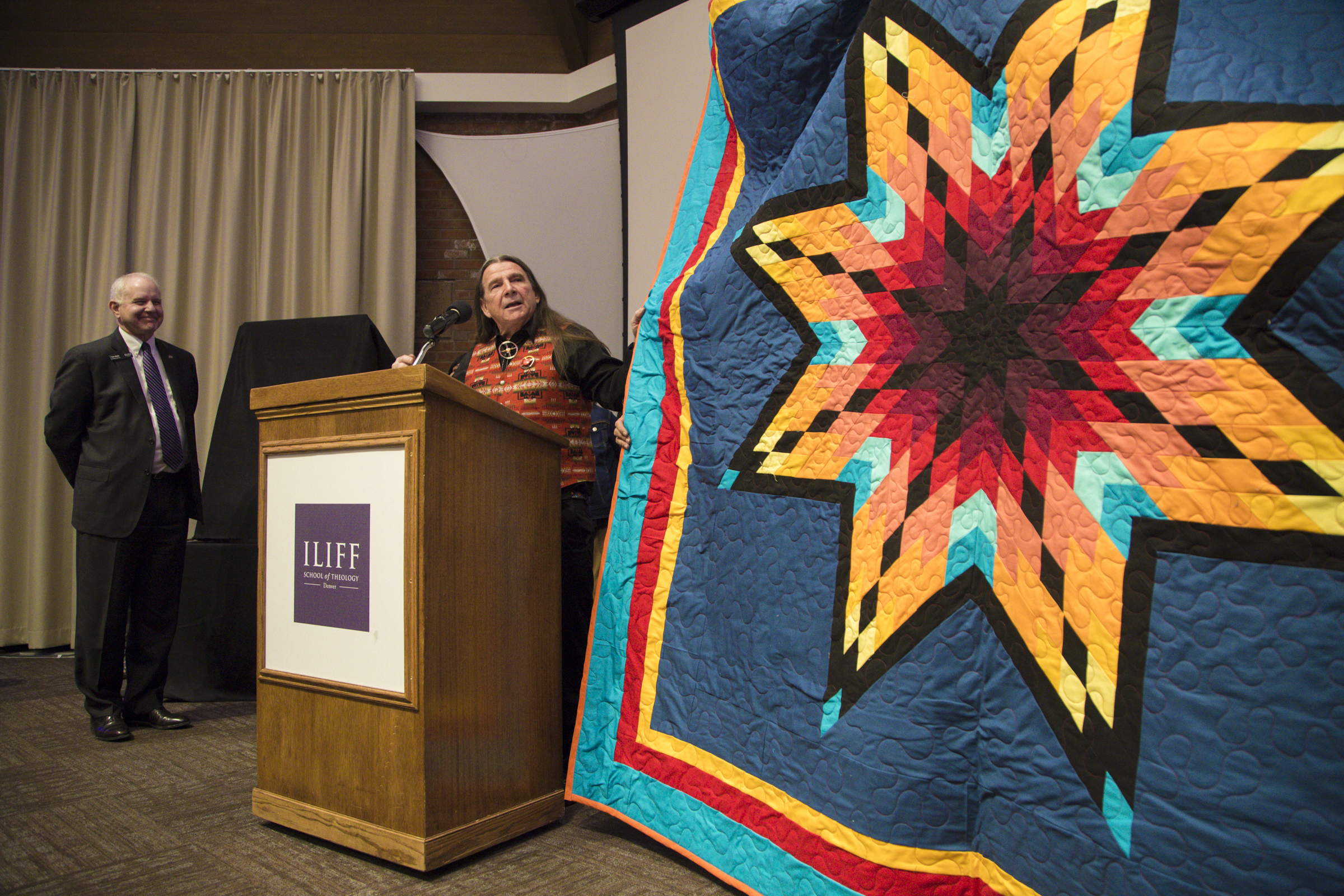 The Tinker Program Endowment will provide funding to carry on the galvanizing work of Dr. Tinker in perpetuity. This three-pronged endowment serves to honor the past, affirm our present direction, and establish momentum into the future. Continuing Dr. Tinker’s teaching legacy is of paramount importance via this programmatic endowment. Education, both for the public and at Iliff, will include such courses as Indigenous Knowledges and Western Science and columbusday and State-Supported Hate Speech along with emerging topics related to Indigenous Peoples. Additional topics may include (but is not limited to) American Indian cultures, history, and religious traditions; cross-cultural and Third-World theologies; and justice and peace studies related to Native American & Indigenous concerns. A second initiative of this program is the furtherance of Dr. Tinker’s legacy as a mentor to students. The program will provide mentorship for Indigenous students by Indigenous scholars/leaders. A third element of the program is the continuance of Dr. Tinker’s research areas. This endowment will holistically support further research on Native American and Indigenous issues. 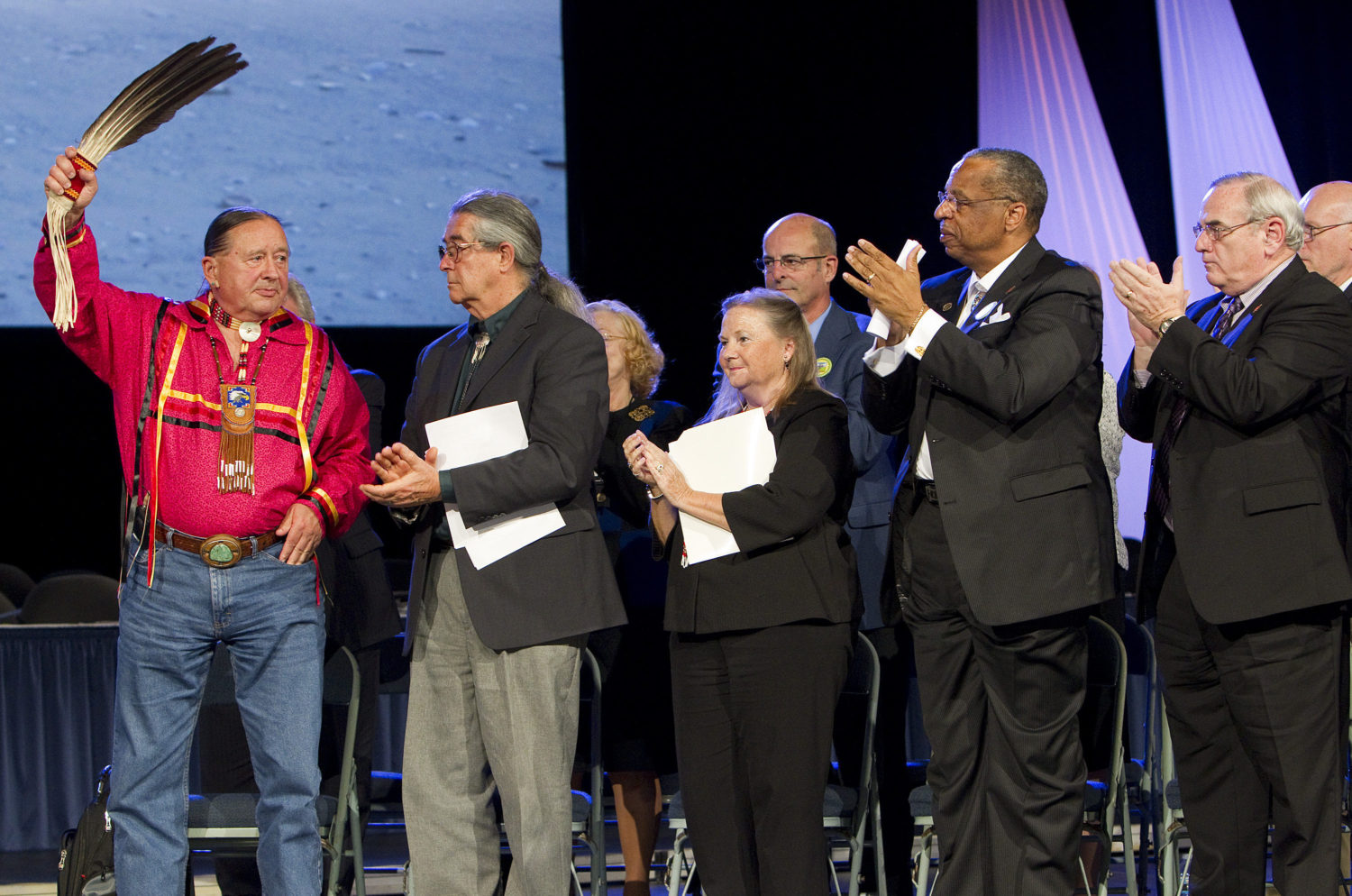 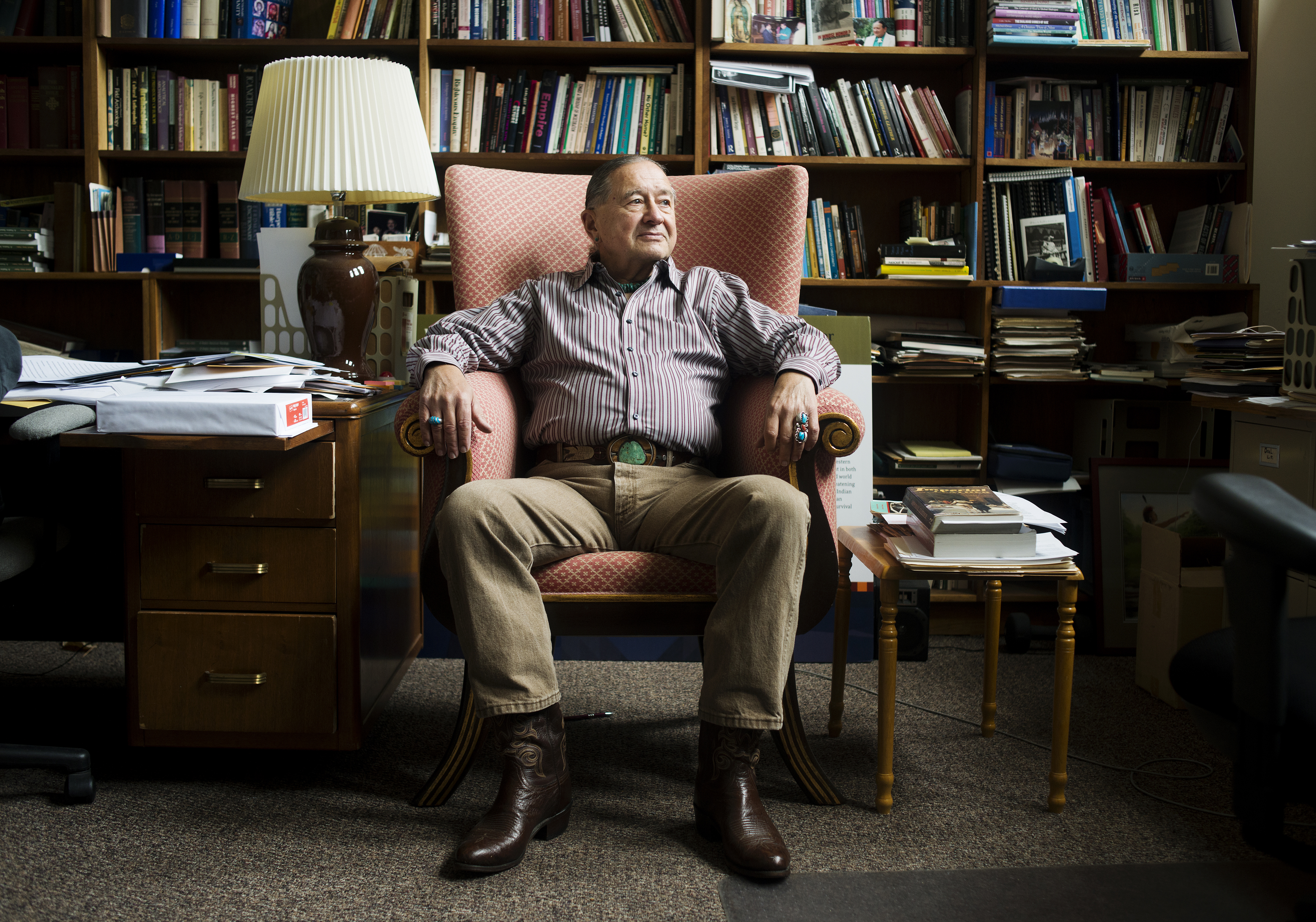 Listen to Professor Tinker speaks about his tenure at Iliff.

“…my job was always to stir the mud up from the bottom of the pond, so that students could sort out the world in a different way.”

Firmly committed to the ecumenical movement, Dr. Tinker is past president of the Native American Theological Association and is a member of the Ecumenical Association of Third World Theologians. He has been active in volunteer capacities with several denominations at the national level and the National Council of Churches and the World Council of Churches. He served as an “Honorary Advisor” to IMADR, the International Movement Against All Forms of Discrimination and Racism; and he also serves locally on the Leadership Council of the American Indian Movement of Colorado. At Iliff, Dr. Tinker served as a key mentor to all students and particularly to students of color.

The Tinker Program Endowment will celebrate this legacy of scholarship and service. 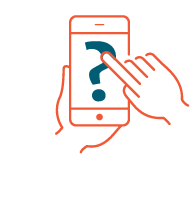 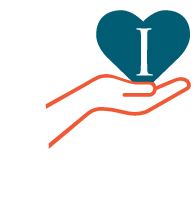