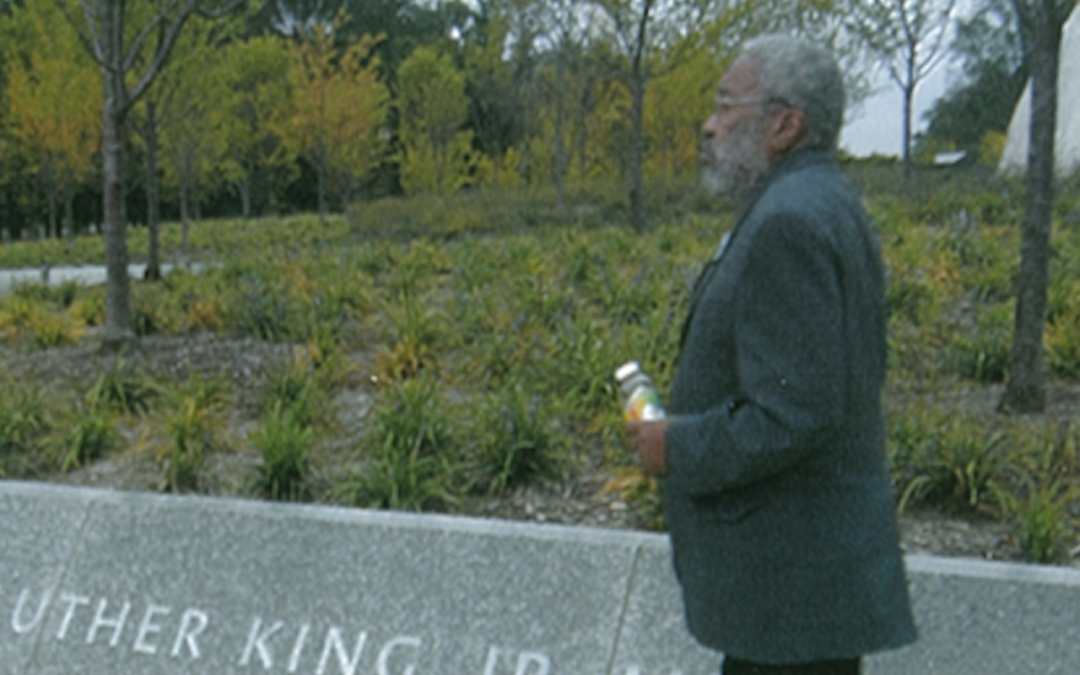 Love and compassion are not shields against the instruments of physical destruction. Rather, they provide us with the power to stand and face the enemies of light; they generate energy to create perpetual starbursts of brilliant hope, even as we take our last breath. —Vincent Harding

Civil Rights Leader, Historian, and Theologian Vincent Harding died on May 19th at the age of 82, leaving behind thousands of people whom he inspired through his embodiment of Love with a capital “L.” 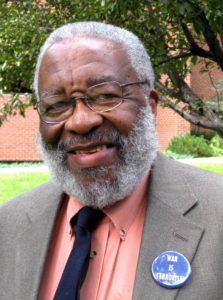 Along his magnificent journey, he served for 23 years as Professor of Religion and Social Transformation at the Iliff School of Theology in Denver where I met him in 2002. His manner of teaching was patient, kind, radiant. He had a mellifluous way of speaking, every word emerging from a well thought-out question or idea, no extraneous or wasted word, his language a measured procession of genius grounded in a special knowing. If we had to wait longer through his cadence of speech than we were used to (because we had been indoctrinated into society’s vapid linguistic), it proved all the more weighty and profound.

He was a centurion of a new world, lifting the veil for us, whatever our veils happened to be.

In February, I sent him an editorial I had written about Martin Luther King, Jr. in which I quoted him. I was delighted when he wrote back a month later. He wanted to make another visit to Bellingham and bring his wonderful new wife Aljosie. He wrote that he wanted to see “the current manifestation” of my son Dryw. Remarkable was Dr. Harding’s memory of human beings. He honored people by his remembrance of them.

Vincent Harding was a friend and colleague of Martin Luther King, Jr. He first met King in 1958 when the civil rights leader was home recovering from a stab wound. From his bed, King told Harding, a Mennonite, that his presence was needed in the south to bring together leaders from various faith traditions to build a unified interfaith movement. Harding and his wife Rose Marie, who was also an activist, then moved to Atlanta in 1960 and became neighbors of the King family. Together, the couple took on a leadership role in the ecumenical effort while continuing to face the enemies of light, even to the point of his arrest for civil disobedience. Harding also took on a teaching appointment at Spellman College during which time he immersed himself in study of the Vietnam War.

Harding is well-known for having drafted King’s speech, Beyond Vietnam: A Time to Break the Silence. The speech was delivered on April 4, 1967—one year to the day before King’s assassination, a connection that did not go unrecognized by Harding:

I feel very strongly that the speech and his unflinching role in expressing and organizing opposition to the war—and to the foreign and domestic policy it represented—as well as his ineluctable movement toward the call for nonviolent revolution in the U.S., were among the major reasons for his assassination. . . . But I know that at his best Martin was his own man, and he would not have made the speech if he had not claimed it fully as his own.

Dr. Harding invited his students into community with King. “Let us recall Martin,” he would begin. I had always been drawn to the memorialized hero, been inordinately inspired by him, yet I didn’t feel entitled to participate in his legacy because of the color of my skin. His struggle was not mine. White people—my communal ancestors—had been the oppressors. What right did I have as a white woman to “claim” King as a mentor or brother in the new struggle? Harding took a different tack. He referred to the Civil Rights Movement as the Freedom Movement, saying that the Movement freed more white people than it did black people—freed them from violence of the soul and from the scourge of hatred that stripped them of their humanity.

I shared my trepident feelings in class one day. In his gentle, wise way, Dr. Harding shook his head, having none of it. He looked at me and said, “Marie, Martin belongs to you.” That one statement changed the way I lived my life from that point on. I considered it a charge to continue King’s work in any small way I could: as an activist, a mother, a believer in goodness—to continue what Harding called “King’s unfinished business.”

Dr. Harding called me his “sister/daughter/co-worker.” That’s how he spoke: in union with the whole, believing in our full potential as human beings, calling us to discover our own greatness. And, in accordance with his timetable, there was no time to waste: the world needed us to be great in that exact moment. This is how he engaged everyone. He loved the world with a love beyond imagining. He stood alongside us, guiding us in the evolving struggle for peace and justice, holding the door open for new possibilities in every moment, his presence an invitation into all that is good.

I remember he wrote in the margin of one of my papers: “Compassion is what connects you.” He taught us that compassion is the means by which we learn to love one another, just as he believed in compassion as an end in itself. On the subject of holding onto our authenticity in this broken, misguided world, he was the quintessential teacher. A prophet who leaves his students with many questions…

What is our destiny as people? What rewards, if any, do we reap in exchange for our kindness as we pursue “the long and bitter, but beautiful struggle for a new world”? What is our responsibility in ushering forth the beloved community? A vision Harding believed was not only necessary, but possible.

What difference does our small role make in the larger vision for humanity? This is, perhaps, the most salient question for change-makers. Vincent Harding believed deeply in our capacity; however, he also recognized our limitations. There is a limit to how large and powerful we can be. Isn’t there? And if we fall short, did we fail?