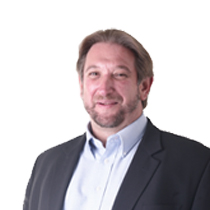 Hernández joined the Iliff faculty in 2001 and is associate professor of the history of Christianity. His teaching areas include the history of Christianity from the Medieval to the Early Modern period with additional teaching expertise in the history of philosophy during the Hellenistic-Roman periods of Antiquity. His research interests include the history of Muslim and Christian relations beginning with the crusades, the problem of religious diversity in medieval and early modern Spain, and the role of mystical movements and pneumatology in Christian history. Hernández also led the Iliff faculty design team that developed the Authentic Engagement Program™ focusing his contribution to the program on human flourishing and the philosophy of Happiness.

Hernández served as Iliff’s senior vice president for academic affairs and dean of the faculty from 2009 to 2017 and as interim president and chief executive officer from 2012 to 2013. His administrative service to the school also included serving as associate dean for academic affairs and as chief operations officer. He has over thirty years of combined experience in different educational settings as an administrator, curriculum developer, and successful “change-agent” for organizational management systems.

Hernández is the author of: Subversive Fire: The Untold Story of Pentecost (Emeth Press, 2010), and co-author with Miguel De La Torre of The Quest for the Historical Satan (Fortress Press, 2011), a best-seller exploring the history of Satan and the problem of evil in the history of Christianity. He is a member of the American Academy of Religion, the American Society of Church History, and the Medieval Academy of America. He has served on the advisory board of the Hispanic Theological Initiative, located at Princeton Theological Seminary. Hernández has addressed numerous local, regional, and national gatherings and religious organizations about the legacies of Medieval Spain for a post-9/11 world. His current research projects focus on the problem of heresy in church history, the role of Christian revitalization in Italian Renaissance humanism, and the historical legacies of the Spanish Reformation.

• Introduction to the History of Christianity
• The Holy Spirit: History and Traditions
• Violence and Toleration in Medieval Europe
• Sixteenth-Century Mystics and Reformers
• Happiness: A History
• Christianity in the Middle Ages