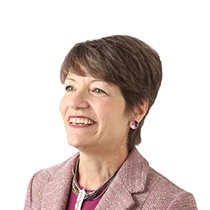 Carrie Doehring joined the Iliff faculty in 2003, having taught for eleven years in the masters and doctoral programs at Boston University’s School of Theology, and in the Boston University Counseling Psychology and Religion Ph.D. Program in the Graduate School of Arts and Sciences. She is a licensed psychologist in Massachusetts and Colorado, and a diplomat in the American Association of Pastoral Counselors. At Iliff, she advanced to full professor of Pastoral Care and Counseling in 2015. She directs the Masters of Arts in Pastoral and Spiritual Care (MAPSC) and the Military Ministry Course Provider program.

She has received numerous awards, including the American Psychological Association’s Virginia Sexton Mentoring Award from Division 36 (Psychology of Religion); the Senior Career Award from the Society for Pastoral Counseling Research, and a medal from the Network on Ministry in Specialized Settings (COMISS), given in recognition of outstanding scholarship and leadership in teaching spiritual care.

She is the author of over 35 chapters and articles, and three books. As a licensed psychologist and ordained religious leader, she explores how people draw upon religious faith and spirituality to cope with experiences like trauma, moral stress, and prejudice. She wrote the chapter “Religiously-Linked Discrimination, Prejudice, and Victimization” for the 2013 APA Handbook of Psychology, Religion, and Spirituality (Vol. II). Her book The Practice of Pastoral Care: A Postmodern Approach, Revised and Expanded (Louisville, KY: Westminster John Knox, 2015) is used as a textbook in pastoral care and clinical pastoral education throughout the United States, Canada, and Europe. Her most recent publications explore the moral stresses of religious leadership and chaplaincy, the moral stress of student debt, military moral injury, and assessing competency in intercultural and evidence-based spiritual care.